EQUAL in LEGAL Trailblazer Natalie Runyon has a deep belief in inclusion and fairness as an ally to women, people of color, individuals identifying as LGBTQ, and disabilities, among others.

Natalie Runyon on the importance of Inclusion and Fairness

Natalie Runyon is the content strategist for the Transforming Women’s Leadership (TWL) and Next Gen Leadership:  Advancing Lawyers of Color (NextGenLoC) initiatives. She comes to the role with a deep belief in inclusion and fairness as an ally to women, people of color, individuals identifying as LGBTQ and disabilities, among others.

Natalie had the fortuity of co-founding TWL in 2016 and NextGenLoC in 2018 as an exclusive US program after seeing a gap in the marketplace where there was a lack of focus on structural barriers impeding women and lawyers of color advancement in the law. The main observation underscoring the need for TWL and NextGenLoC was noticing that the cultural norms, images of leaders, behaviors of leaders, and the actions to advance to executive ranks of law firms and corporate institutions were built primarily from the perspective of white, cisgender, male heteronormative perspective and how deeply entrenched these aspects were in the culture of employers in the US.

Women and attorneys of color are required to adapt to these norms, which can be mentally, energetically, and physically taxing over years of practice, to reach the most senior leadership ranks.  Natalie observed that most of the efforts on diversity were focused on “fix the women” or “fix the [insert name of underrepresented group]” rather than fix the organization.

Through TWL and NextGenLoC she wanted to focus on fixing the organization and breaking down the structural barriers by changing the culture of corporate institutions by expanding the images of what a leader looks like, enlarging the range of acceptable behaviors of a leader, broadening the pathways to success to include those that come more naturally to women and lawyers of color and don’t require as much adaptation. Force the culture to adapt the leadership styles and expressions of women and attorneys of color.

Natalie is proud that TWL has grown to a truly global program with the ongoing US program, an initiative that started in Latin America in 2020, a Europe program launched in 2018, and activities in Asia and the Middle East since 2017.  TWL also includes live events to focus on increasing women’s representation at senior levels in the law.

Also, in 2020, TWL partnered with Penn Law to complete the first half of a first of its kind study examining how emerging male leaders in law and business, specifically law students, construct their idea of what it means to be an ally to women, especially women of color. The study analyzes how emerging law leaders build allyship in ways that could alter the concept of leadership in the future.

Later this year, Natalie in partnership with a colleague, is launching a regular content series on LGBTQ inclusion called “Outspoken.”

The goal of the TWL initiative is:

The goal of the NextGenLoc initiative is:

If you want to reach out to Natalie and help the TWI and NextGenLoc initiatives to create more diverse future leaders,  you can reach her at her email: natalie.runyon@thomsonreuters.com. She is also active on LinkedIn. 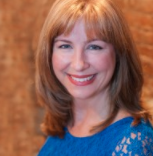 Natalie Runyon has a deep belief in inclusion and fairness

Natalie’s professional background includes employment as an intelligence analyst within the United States government for five years, 8 years at Goldman Sachs, and a recovering solo entrepreneur where she created a women’s leadership program called “Be the CEO of Your Career”.  Her volunteer leadership experience includes leading the women’s initiatives at TR and GS and board service for two non-profits, with a focus on advancing equity in women’s political leadership and people of color within the US. Her love of travel to 30 countries and 5 continents has assisted in shaping the character of Natalie and her personal commitment to equity and inclusion.

Natalie comments that “She has the best job in the world,” because she gets to get paid to work on her passion. She creates digital content, such as blog posts, case studies, videos, podcasts, and webinars to increase awareness on how the organizational mechanism makes it difficult for women and attorneys of color to advance and spotlight solutions–including formal sponsorship programs, formal monitoring assignments, allyship, and targets for diverse pitch and matter teams–to create fair and equitable access to opportunities on key success factor in advancement, such as getting good work assignments and forging relationships with senior influencers.

She earned her M.B.A from The George Washington University and her B.S. in International Trade and Finance from Louisiana State University. She completed an Organization Development & Leadership certificate from NYU in April 2016 and is a Certified Leadership Coach and Certified Protection Professional. She resides in New York City with her husband and two sons.

Natalie Runyon I Director of enterprise content for talent, inclusion and culture at Thomson Reuters